Warning: count(): Parameter must be an array or an object that implements Countable in antispam_user_load() (line 1545 of /var/www/zeitkunst.org/htdocs/sites/all/modules/antispam/antispam.module).

Of those moments in-between, everything

This 20-channel sound installation represents the results of collecting hundreds of transmissions from satellites orbiting the earth. Using custom antennas that I built from scratch, I tracked the orbits and frequencies of satellites using specialized software. This software then allows me to collect the radio frequency signals and translate them into sound. The open source software and hardware, called SatNOGS and developed by a world-wide group of satellite enthusiasts, enables anyone to build a ground station for tracking satellites and their transmissions, which are then uploaded to a publicly accessible database. Data received by my ground stations can be found here. These transmissions are mostly from weather satellites, CubeSats (small satellites launched by universities world-wide for short-term research), or amateur radio repeaters (satellites designed for ham radio operators to experiment with communication over long distances). I made the speakers hanging from the grid from a piezoelectric element embedded between two sheets of handmade abaca paper that was then air dried over a form. 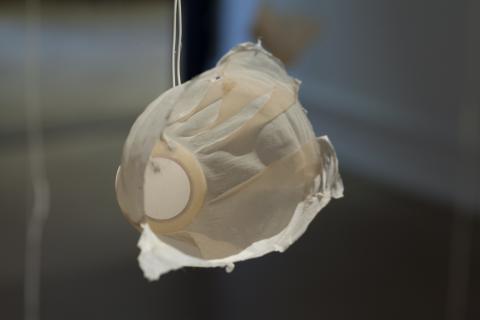 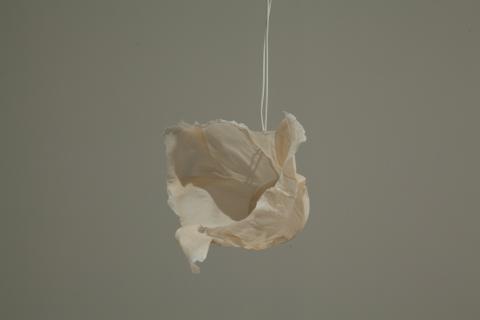 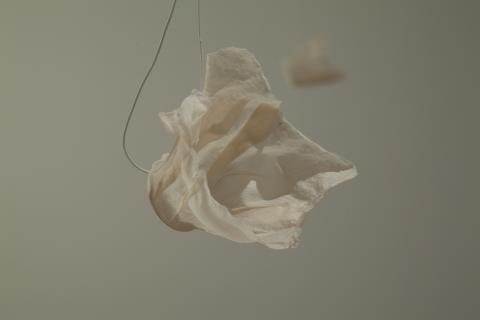 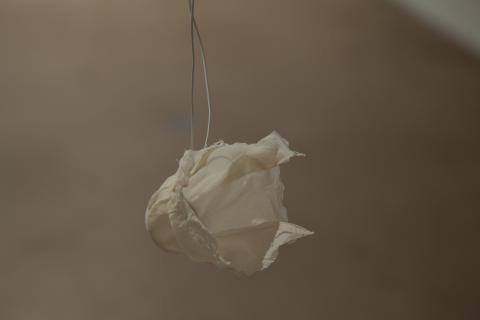 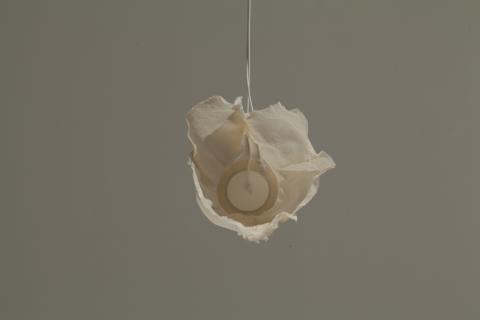 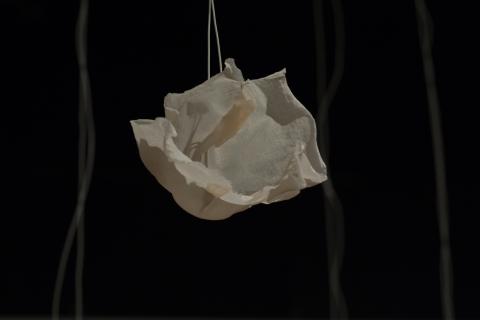 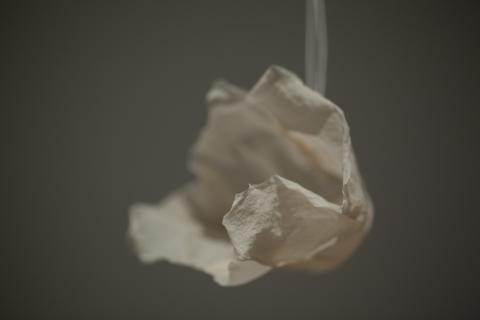 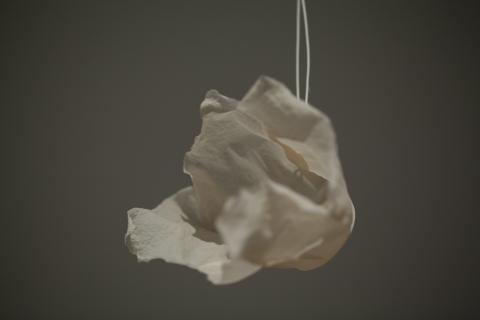 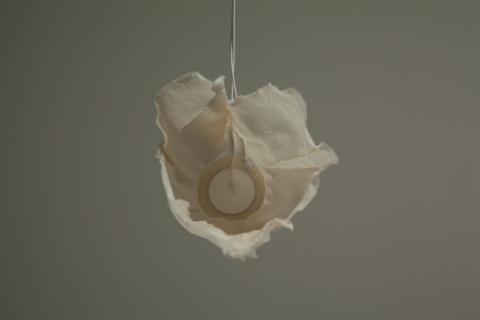 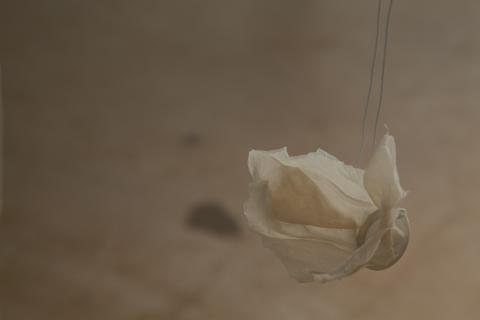 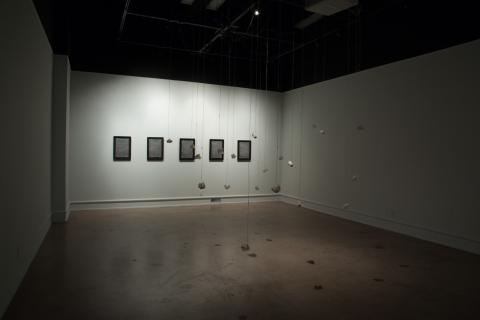 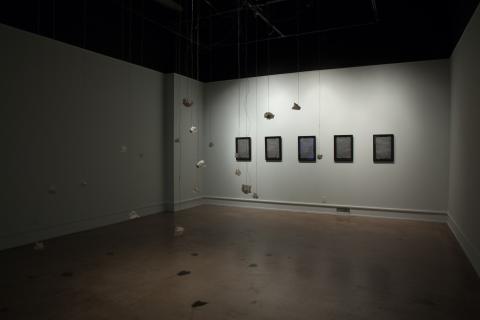