The division between subject and object, agent and non-agent, has consistently been dubious philosophically, with physical manifestations of automatons the exception rather than the rule. Now we are increasingly faced with computational objects and relational artifacts that put into question cherished notions of human agency and intentionality. syngva is a creature that develops through evolutionary processes idiosyncratic movements in response to singing. syngva serves two parallel roles. For the user, syngva enables a form of non-linguistic reflection, serving as a catalyst for novel vocal behaviors provoked by the motions of the object. For myself, syngva acts as a sociological probe, allowing me to study in-situ relationship formation, agency, and control in response to an “intelligent” creature. The evaluation approach draws heavily from actor-network theory (ANT), a methodology that in part places objects on the same ontological level as human agents. This re-centering of agency intimates a different way of looking at the person-object dyad that focuses on the interactions themselves without reference to pre-existing theories. A note on naming: The word “syngva” comes from Old Norse meaning simply “to sing”. I see this project taking a number of forms as it develops. Rather than enumerating each new revision with the suffixes “Version 1.0″, “Version 2.0″, and so on, I have decided to add letters to the end of the word instead, moving to the next letter of the alphabet with each new revision. Thus the first version is “syngvaa”, the second is “syngvab”, and so on. 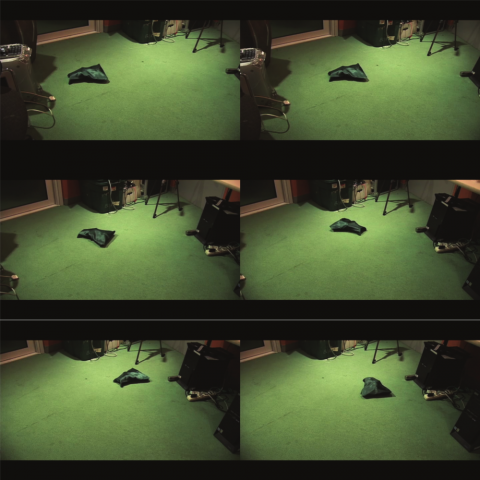 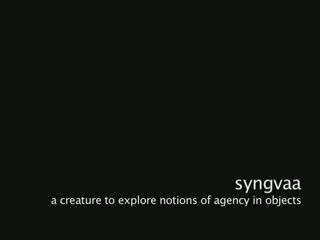