The increased use of cell-phones in the recent past brought about a new form of communication: text messaging. Most popular overseas, many young people use this as a way to send brief messages to their friends through the phone. What makes text messaging on a phone different from other forms of electronic communication by text is its method of input. Since the majority of cell phones have only 12 keys, and the English alphabet, including both cases, numbers, and common symbols, is around 65 characters, a new method of input was devised that took as its first incarnation the use of the letters that already were found on most numeric keypads. For example, in order to enter the letter “c”, you have to press “222″; to get “N”, you have to type “*66″ When you step back and think about this, you can realize how odd of a input method this is. No other common form of input requires you to press the same key multiple times to get a different output. Even capital letters on most keyboards requires you to only press two keys at the same time (assuming caps-lock is off). 44#444 makes this disconnect visible by translating short sequences of text into the numeric key presses necessary to enter the text into a common text message. By doing so, 44#444 encourages the participant to consider the unnatural nature of what is by now a rather common mode of communication. The interface to the work consists of an old DEC VT220 terminal. The use of the terminal is an additional way to highlight the disconnect: by using technology from the mid 1980s as an interface to translation of a 21st century mode of communication, the participant is further removed from what is likely a common experience. Participants will be able to take a physical output of their message as printed on thermal paper from 44#444. I will encourage them to write and print out a message that they might send as a text message to a friend and then give the printout to the friend. In this way, I hope to extend the influence of the project outside of the walls of the gallery. 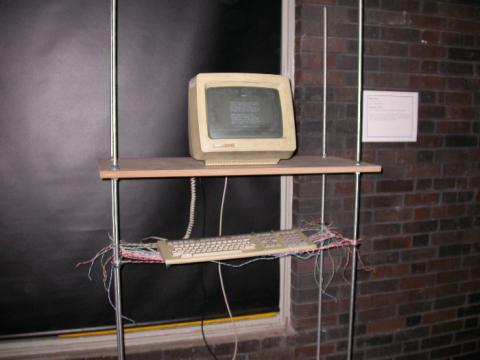 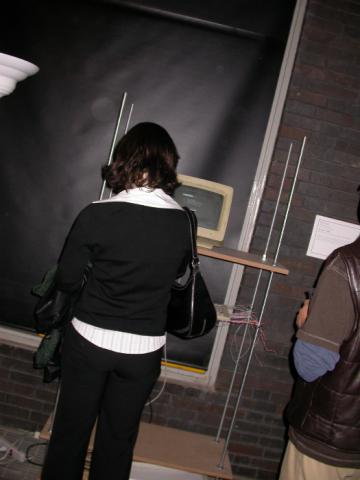